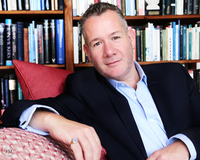 From Ireland, Paul McNamara has sung in theatres throughout Europe where his many notable successes have included his debut in Venice at La Fenice as Wagner's Tannhäuser conducted by Omer Meir Wellber and critically acclaimed performances at the Deutsche Oper Berlin in Braunfels' Szenen aus dem Leben der heiligen Johanna. Further afield, the tenor won widespread approbation for his North American debut with the American Symphony Orchestra under its chief conductor Leon Botstein, where his performance in Max von Schillings' opera Mona Lisa was hailed by the audience and critics alike.

Recent appearances include debuts with the Akademie für Alte Musik Berlin at the Telemann-Festival in Hamburg and at the Festspiele Mecklenburg-Vorpommern with the Deutsches Symphonie-Orchester, at Theater Bonn in Wagner's Der fliegende Holländer and at the Oper Leipzig in Richard Wagner's Das Liebesverbot and Richard Strauss' Arabella. Elsewhere, McNamara reprised his much lauded interpretation of Herodes at the Landestheater Linz and appeared as Tannhäuser at the Wartburg zu Eisenach as well as in new productions of this opera in Aachen, Innsbruck and Venice.

An alumnus of the Royal Irish Academy of Music, Paul McNamara is an honours graduate of the University College Cork, the Cork School of Music and the Royal College of Music London. Furthermore, he is a founding director and CEO of Opera Collective Ireland and a faculty member at the American Institute of Musical Studies in Graz.