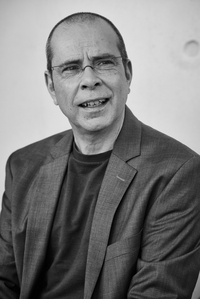 Dr Walter van de Leur is the first Professor of Jazz and Improvised Music in the Netherlands, at the University of Amsterdam (UvA) on behalf of the Conservatorium van Amsterdam (CvA), where as co-founder of the school’s master’s research programme, he is research coordinator and teaches various jazz historiography electives.

Van de Leur is an internationally recognized expert on the music of Duke Ellington and his collaborator Billy Strayhorn. He is the author of Something to Live For: The Music of Billy Strayhorn (Oxford UP, 2002; winner of the Irving Lowens Book Award for Distinguished Scholarship in American Music). Furthermore, he contributed works on Strayhorn and Ellington to The Duke Ellington Studies Anthology (Cambridge UP), Musicians and Their Audiences (Ashgate), Strayhorn: An Illustrated Life (Agate), The Cambridge Companion to Duke Ellington, The Grove Dictionary of American Music (Oxford UP), The International Dictionary of Black Composers (U. of Chicago Press), and the Musical Quarterly. As member of the editorial board of Jazz Perspectives, he guest-edited the Special Issue on Duke Ellington.

Van de Leur’s work furthermore focuses on jazz reception history and jazz historiography. He is the founding editor of the forthcoming five-volume Oxford History of Jazz in Europe, and he is under contract for a monograph titled Jazz and Death: Rituals and Representations (Routledge). This research has yielded contributions to a number of other volumes, such as Politics and Cultures of Liberation (Brill), Singing Death: Reflections on Music and Mortality (Routledge), The Routledge Companion to New Jazz Studies, Current Research in Jazz, and the International Journal of Heritage Studies.

He is deeply involved with interdisciplinary and practice-based research. He was the researcher for six ground-breaking recording projects that evolved around newly discovered jazz works of Strayhorn, Mary Lou Williams, Gil Evans, and others (issued by Challenge Records).