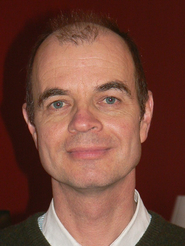 Menno Dekker started out as a ballet pianist in 1973. Additionally, he is active as a pop musician and classical pianist, primarily as accompanist. He graduated with honour in Chemistry in Amsterdam and took his Ph.D. in Delft in 1990. He studied chemistry in Amsterdam and has written a PhD on electrochemical gas sensors (Delft, 1990). At the same time he obtained a degree in Music Theory at the Sweelinck Conservatorium (1989). Since 1990, he has taught music theory at various conservatories in the Netherlands (Amsterdam, Hilversum, Zwolle).

Menno Dekker has been a co-editor at the Tijdschrift voor Muziektheorie. Finally, he gives lectures in the Netherlands and Belgium on several subjects, especially opera and contemporary music, and gives master classes in practical harmony and score playing.