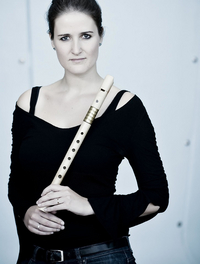 Hester was awarded several stipends and prizes in a number of competitions including the Noorderkerkprize at the Amsterdam Concertgebouw Vriendenkrans competition and first prize at the 'Concours International d'Ensembles de flûte à bec' in Le Mans (France) with Seldom Sene. By unanimous vote of the five jury members, the same quintet received the Prix d'Interpretation at the prestigious International Chambermusic Competition in Illzach (France) in 2011. In 2014 Seldom Sene was also awarded the first prize, the press prize and the audience award during the International Van Wassenaer competition for early music ensembles.

Hester Groenleer teaches at the Conservatorium van Amsterdam and at the educational section of the Amsterdam Concertgebouw.