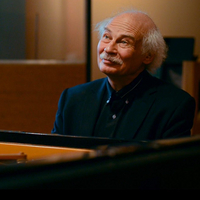 Ukrainian pianist Borys Fedorov has been teaching for more than three decades at the Kiev State Conservatory and at the Lysenko Kiev Specialised Musical College For Exceptional Young Talents. Many of his students have embarked on international careers.

As a soloist, Borys Fedorov has performed with many orchestras. He also recently gave a duo concert with his daughter Anna Fedorova at the Concertgebouw Amsterdam and toured China, giving master classes and recitals. His repertoire includes works by composers from many different style periods; he has recorded works by Scarlatti, Haydn, Debussy, Ravel, Albeniz, Rachmaninov and Messiaen, as well as Ukrainian composers such as Mykola Lysenko, Pyotr Schurovsky and Valentin Silvestrov, among others. In 2020 he was awarded the title of Honorary Artist of Ukraine by the President of Ukraine.

Since 2020, Borys Fedorov has also been focusing on composing. His compositions have already been heard on Dutch radio. They have also been performed at the Stift International Music Festival and the concert for the 30th anniversary of the Dutch label Channel Classics.