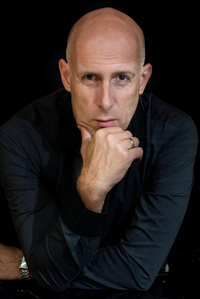 After having been trained as a violinist and violist, Arjan Tien soon switched to conducting. Since then he has built a very versatile career as a conductor and teacher. He was chief conductor and artistic leader of the Magogo Chamber Orchestra and the Atheneum Chamber Orchestra, and assistant conductor of the Radio Philharmonic Orchestra. Additionally, he was guest conductor with orchestras including the Residentie Orkest, the Gelders Orkest, the Orkest van het Oosten, the Noord Nederlands Orkest, the Metropole Orchestra, Opera Zuid, the Nederlandse Reisopera, Wermland Opera (Sweden), the WDR Funkhausorchester, Philharmonie Südwestfalen and Cape Town Philharmonic. Currently he is chief-conductor and artistic director of the Marine Band of the Royal Netherlands Navy.

Arjan is also a very experienced teacher; he was principal subject teacher of orchestral conducting at Conservatorium Zuyd in Maastricht and the Fontys Conservatorium in Tilburg. Additionally, he was guest teacher at the National Master of Music in Orchestral Conducting offered by the Conservatorium van Amsterdam and the Royal Conservatoire of The Hague.