Jazz uses varying forms of overall harmonic organization. A very substantial part of the jazz repertoire is regulated by its own characteristic variant of tonality. This can be explained, amongst others, by the multifarious musical influences on the early development of jazz, such as ragtime, blues, spirituals, gospel, parlor music, and Broadway tunes – each with its own harmonic idiom and antecedents.

Along with the development of jazz music itself, a growing corpus of harmonic instructions evolved, which later became known as ‘chord-scale theory’. Chord-scale theory adopted central concepts and notions from (and thereby implicitly founded jazz harmony in) functional tonality. Evidently concerned with the ‘how’, and not so much the ‘why’, its theoretical fundaments remained fuzzy, and stylistic demarcations were largely overlooked. Additionally, it left matters of counterpoint and voice leading mostly unaddressed. To complicate matters even further, this growing corpus of harmonically diverse ideas started to feed back into the music itself, thus exercising an important influence on the development of jazz as whole.

Jazz received its place as a subject matter worthy of academic study disgracefully late. Once it did, matters of harmony were addressed in a more fundamental way. However, although much work has been done, still today in jazz the realms of the actually sounding harmony, pedagogical practice, and academic theory and analysis do not fully correspond. In part, this is the result of a lack of exchange between varying spheres of activity. For example, theoretically sound approaches to jazz harmony have not completely found their way into practical pedagogy, because jazz theory of a more academic nature is mostly embedded in other discourses, such as that of academic music theory at large.

The present project seeks to address the issues regarding the relationship between jazz harmony theory, practice, and pedagogy. It consists of two components. Its core is a teaching method for (tonal) jazz harmony theory and practice. The second component is a commentary on that text in the form of annotations. These annotations provide context, discussion, explanation, critique, and so on, with respect to the pedagogical choices, theoretical background, sources that have been used, and everything in between. The particular way in which jazz theory developed in The Netherlands resulted in a distinctive outlook on jazz theory and its pedagogy, which this work may be seen to represent to a large degree.

The teaching method is aimed primarily at conservatory students, but hopes to serve other purposes as well. By adopting, but also adapting, tonal theory for jazz, an effort is made to contribute to the development of jazz harmony theory in general. A better understanding will help distinguish between the various systems of tonal organization that appear in jazz, both within and beyond tonality. 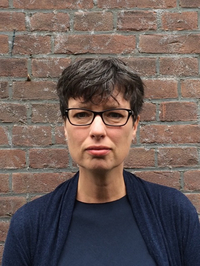 Barbara Bleij (1965) is a pianist and theorist. She studied at the Conservatorium van Amsterdam (formerly Hilversum Conservatory) and holds degrees in Jazz Piano (studies with Jan Huydts and Rob Madna), Classical Music Theory (with Paul Scheepers a.o.) and Jazz Theory (with Boudewijn Leeuwenberg and Frans Elsen). She is co-founder of the Dutch Journal of Music Theory (currently Music Theory and Analysis) of which she was Editor from 1996 to 2007, and former President of the Dutch-Flemish Society for Music Theory. She teaches music theory at both the Jazz and Classical Departments (Royal Conservatory, The Hague, 1992-2001; Conservatorium van Amsterdam, 1990-present).