Affiliate Researcher at the Institute for Cultural Inquiry (Utrecht University)

The discourses that occupy the various domains of musical knowledge and production today can take many forms, and as such are expressed through the ways we perform, improvise, analyze, compose, discuss, listen to and write about music. More than ever, musicians, scholars, and critics can express themselves through an expanded variety of media: from traditional venues such as the concert podium, the classroom and studio, the lecture hall, conference venues, academic journals, books, and television/radio; to the ever-expanding worlds of the internet, social media, and artificial intelligence.

The collaboration between the Conservatorium van Amsterdam and Utrecht University offers an opportunity for two important educational institutions in the Netherlands to exchange ideas about these various modalities of musical and critical engagement. As a faculty member at the CvA and affiliate researcher in the humanities, Dr. John Koslovsky carries out work at the Institute for Cultural Inquiry at Utrecht University (ICON), with a focus on the interactions between musical performance and performativity, music analysis, and cultural-historical research. In this capacity, he enables the exchange of ideas and activities in the domains of both musical education and research, and forms an important bridge between the cultures of the conservatory and university in the Netherlands: through lectures, workshops, and colloquia for students and teachers. 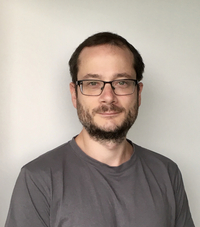