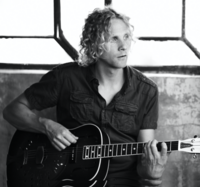 Guitarist, producer and songwriter Bram Bol (1979) graduated from the Amsterdam Conservatory of Music in 2001. He learned the intricacies of recording and producing as an assistant engineer at Studio Zeezicht, where he worked with well-known national and international artists (including Snoop Dog). As a producer/engineer, he is active in a wide range of styles, from alternative guitar bands (e.g. Bombay, Laura Palmer, Blupaint) to neo-classical and jazz (e.g. Eskina, Focus).

As a songwriter, guitarist and producer, he is involved with heavy bands Miss Pussy and Storm Eating Cosmic Dinosaurs, and singer/songwriter David Benjamin (platinum award for the song "Friends"). With the band Shifting Daylight, he made 2 albums and played extensively in theatres.