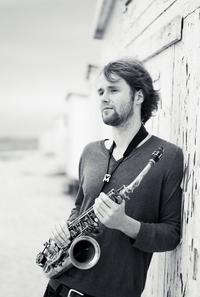 Jasper van Damme (1986) studied at the conservatories of  Rotterdam and Amsterdam with, aong others, Dick Oatts, Ferdinand Povel and Benjamin Herman. He graduated with the highest mark from the master’s degree programme at the Conservatorium van Amsterdam.

Jasper played both solo and as a band member at many jazz venues at home and abroad, including Carnegie Hall, the  Concertgebouw and obviously the North Sea Jazz Festival.
In recent years he won several prizes, including the Dutch Jazz Competition and the Conservatorium Talent Award.