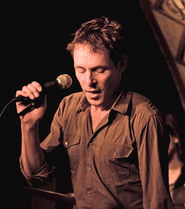 Jaco Benckhuijsen graduated as a pianist in 1991. From 1995 to 1995 he worked as composer, artistic leader and musician for Nanette Currie’s music theatre shows; he wrote the music for eight shows and produced two CDs. Next he was composer and producer for events organised by Philips, Dutchtone and more, and collaborated on commercials and performances at the Congresgebouw, Schiphol and the RAI. As a live electronics/keyboardist je performed with FLORiS at Roskilde, Lowlands, Melkweg and Paradiso. From 2001 to 2010 he was pianist and artistic leader of Alex Roeka’s theatre tours and arranged, produced and played the keyboard parts on the CDs. He also played the keyboards in Alex Roeka’s rockband. In 2011 he co-produced Renske Taminiau’s CD Move me and in 2013 re released his solo album Feather Man.
Since 2003 he has been a teacher at the Conservatorium van Amsterdam of subjects such as songwriting and analysis of pop music.