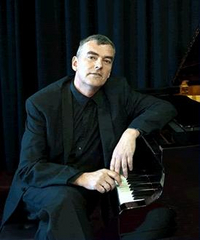 Tjako van Schie (Coevorden, 1961) completed his piano studies at the conservatory of Zwolle in 1985. He has given many solo recitals and concert tours, performed with orchestras, and recorded CDs. Furthermore, he ismuch in demand as an accompanist of soloists and a coach in the field of chamber music. He composes and arranges, his repertoire ranging from Sweelinck and Bach to contemporary music.

Tjako van Schie is a répétiteur at the Conservatorium van Amsterdam. Additionally, he is a guest teacher in Porto.