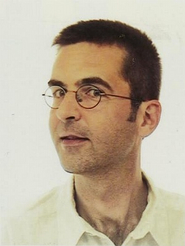 Henny Heikens (1960) studied organ with Piet Kee and Jacques van Oortmerssen at the Conservatorium van Amsterdam, where he also studied church music with Jan Boeke and Klaas Bolt and choral conducting with Jan Pasveer. At the Dutch Carillon School he studied with Bernard Winsemius. In 1985 he won first prize at the National Carillon Competition in Rotterdam.

For twenty years Henny held the post of regular carillon player in Beverwijk. Additionally, he was organist of the Oude Kerk in Rijswijk, conductor of the Rotterdam oratorio choir Canticum Novum and he was a member of the Baroque ensemble Barocco Locco. In 1996 he recorded the CD ‘Psalmen in de 18de eeuw’, together with the counter-tenor Sytse Buwalda.