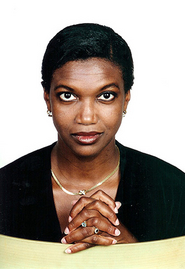 Claron McFadden studied at the Eastman School of Music in Rochester, New York. Her opera debut took place at the Holland Festival in 1985. Ever since, she has gained fame and build an impressive career. Claron has worked with big names such as William Christie, Fabio Biondi, Jörg Widmann, Michel van der Aa, The Arditti Quartet, with whom she recorded Brian Ferneyough's 4th String Quartet, Alain Platel and Frans Brüggen, and with orchestras such as the Residentie Orchestra, The Budapest Festival Orchestra and Klangorum Wien. Apart from this she is a much sought-after opera singer and has made an appearance during productions of opera houses including La Scala, De Nederlandse Opera and the Bayerische Staatsoper.

Apart from many radio and tv productions, Claron McFadden also recorded multiple CDs for big labels such as EMI, being nominated for a Grammy for her recording of Birtwistle's The Woman and the Hare with the Nash Ensemble. In 2006 she received the Amsterdamprijs voor de Kunst. Because of her versatility, she has found herself often asked to perform with jazz musicians such as Eric Vloeimans, Henk Meutgeert and the Jazz Orchestra of the Concertgebouw, Chris Hinze and Aka Moon.

The music/theater piece Lilith, created and performed by Claron McFadden had its world-premiere at the 2012 Holland Festival.