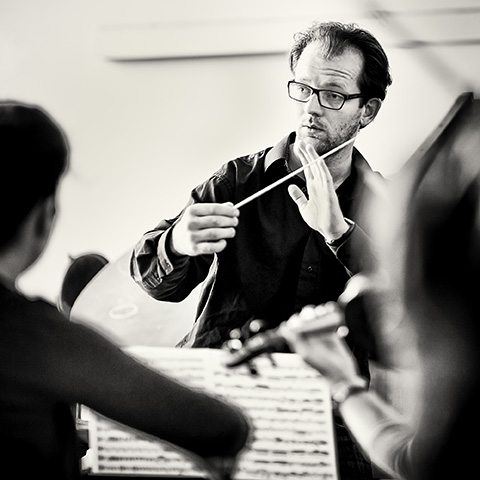 As of September 2014, Dutch conductor Frank Zielhorst (29) holds the position of Young Conductor in Association with the Bournemouth Symphony Orchestra (BSO) in England.

As of September 2014, Dutch conductor Frank Zielhorst (29) holds the position of  Young Conductor in Association with the Bournemouth Symphony Orchestra (BSO) in England. This prestigious position has for the first time been opened to conductors outside the UK. Zielhorst will be given the opportunity to develop his conducting skills by leading a number of concerts in the coming season. Additionally, he will be closely involved in the orchestra’s educational projects and will assist the other conductors. He will be coached by the orchestra’s chief conductor, Kirill Karabits.

Dougie Scarfe, director of the BSO: ‘The Leverhulme Young Conductor in Association is a key role at the BSO and an important part of our work to help develop new generations of artistic talent. Everybody at the BSO is looking forward to working with Frank next season, both on the concert platform and with our Participation Department.’

After graduating from the Royal Conservatoire, Frank Zielhorst continued his studies at the National Master in Orchestral Conducting (NMO), a joint effort undertaken by the Conservatorium van Amsterdam and the Royal Conservatoire in cooperation with the Dutch professional orchestras, which gave him the opportunity to develop his conducting skills at the highest level. He studied with conductors Jac van Steen and Kenneth Montgomery and was, in 2013, the first student to graduate from this programme.

Documentary
A documentary about the National Master in Orchestral Conducting, made by Jaap van Eyck, will be broadcast on September 21st, 13.00h on NPO3. This is the fourth in a series of documentaies about the Conservatorium van Amsterdam; earlier, Jaap van Eyck made documentaries about the regular study programme (‘Lost in Music’), the Dutch National Opera Academy (‘Diva’s’) and the Sweelinck Academy and Junior Jazz College, the CvA’s national study programme for exceptionally gifted children (‘Nieuwe Meesters’).