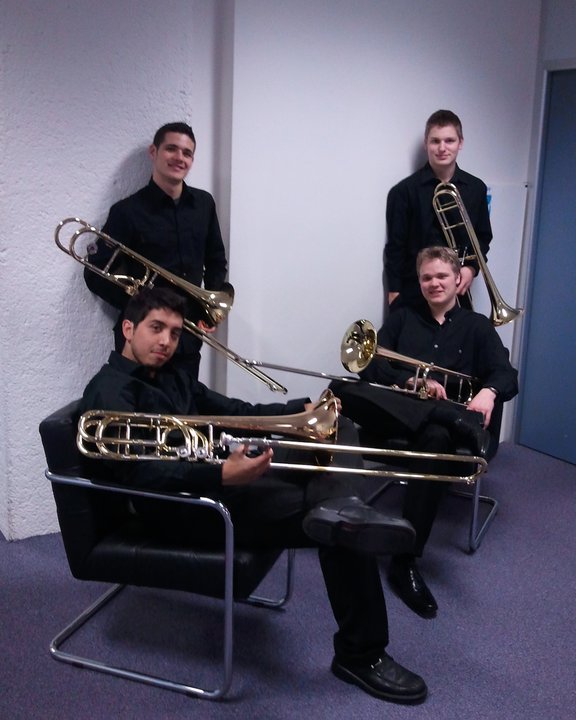 The Slide Motion Trombone Quartet has reached the final of the International Trombone Association Quartet Competition. Members of the quartet are: Daniel Quiles Cascant, Jurgen van Oostenbrugge, Reinaldo Pizarro Donoso and Marijn Migchielsen, who already is a finalist in the ITA Donald Yaxley Bass Trombone Competition.

The finals of the Quartet Competition and the Donald Yaxley Bass Trombone will be held at the International Trombone Festival 2013, June 26-29 in Columbus (Georgia). The CvA trombone ensemble, winner of the ITA Remington Competition, will give a concert at the festival.