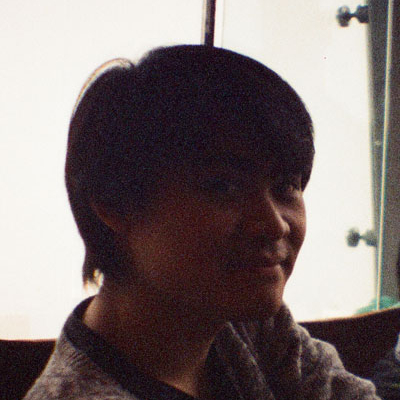 Hui Tak Cheung was born in Hong Kong. He was the participant composer of the Ligeti Academy and European Composers’ Professional Development Programme in 2010. His works are performed in different places such as Beijing, Denmark, Hong Kong, Netherlands, Taiwan and UK. Recent collaborations and commissions include the Central Conservatory traditional music ensemble, 10/10 ensemble at the Huddersfield Cotemporary Music Festival, Sregnis Signers in Musicarama and Looptail Ensemble, Nieuw Ensemble at the Amsterdam Composers’ Festival.

Hui started self-learning guitar at the age of 18, developing a greater interest in music since then. Along with the guiar, he also played keyboard in a rock band before he started his formal education of music in the Hong Kong Academy for Performing. During his academic years, he awarded the Heng Seng Bank Scholarship, The Lions Music Foundation Scholarship, HKAPA Student Union Scholarship and awarded Inter-Sections Fellowship with commission prize in 2010. He attended master-classes including Chen Qigang, Fabio Nieder, Michael Finnissy, Misato Mochizuki, Tristan Murail and Zymunt Krauze.

He is now doing his masters’ degree in Composition at Conservatorium van Amsterdam with Richard Ayres, Willem Jeths and Wim Henderickx. His music often combines Chinese elitist literary culture and the contemporary, and his compositions include orchestra, chamber for Western and Chinese ensembles, art songs, a cappella and electronic music.

As a fallen leaf, on a waving stream

"You seem to see him in a vast emptiness, faint light comes from an unidentified source. He is not standing on some specific or defined patch of ground and he is like the trunk of a tree but has no shadow, and the horizon between the sky and the earth has vanished. Or, he is like a bird in some snow-covered place and is looking from one side to the other. Occasionally, he stares right ahead as if deep in thought, although it's not clear what it is that he is pondering. It's simply a gesture, a gesture of aesthetic beauty." (from One Man’s Bible, Gao Xingjian)

"As a fallen leaf, on a waving stream" is about the feeling of floating, and the glimpses of different images during the musical journey. Through out the piece, wave like soundscape with the sense of fluidity and small vibration moving in between background and foreground. Occasionally, the fade in of gestures, subtle changes of colors and short melodies create different layers. Sometimes create a relatively complexity passage in the music.

"Tale of an old picture", sextet composed for Looptail ensemble

The inspiration of this piece came from the “Bloodline”, a painting of ZhangXiaogang, which explored the effect of ‘false photography’ and the exaggeration of the charcoal photo. “Tale of an old picture” is also seeking for an effect of a “false radio” and re-embellish already 'embellished' lives and memories.

The music translated the language from the generic quality of old film and song from the 1930s Shanghai into mechanical images and a modern soundscape. The progress of this piece starts from the small and subtle noises, then transformed to a black and white palette via different fancy images. “The Wandering Songstress” (a Shanghai pop song from 1930s), is the body of the piece that holds different coloristic fragments into one. Occasionally, the music wavers between the “song” and the exaggeration of the noise from the radio.