Toward a Theory of Musical Texture

Three of the manifestation that are of particular importance for my research are:
1) 'Sounds masses' ('Sound clouds') - In the musicians vocabulary these terms refer to a perceptual phenomenon in which dense accumulation of sounds are perceived as one entity, characterized by 'sameness', impenetrable and one that we cannot estimate in a quantitative way. The term 'textural music' that appears often in music dictionaries refers directly to this phenomenon. In my research I examine the formation of sound masses. By analyzing cognitive tendencies that cause unification of multiple stimuli, I will a set of factors for the formation of 'Sounds masses'.
2) Foreground-Background relationship - The conspicuousness hierarchy of various perceived elements in the auditory scene. This phenomenon is widely considered as textural since the only well-established musical-texture terms, such as Polyphony, Homophony etc', directly relate to it. In a simple auditory scene, such as melody and accompaniment (homophony), there is an undisputed hierarchy of foreground and background, as opposed to heterophonic structures which have a much more complex foreground- background relationship. I my research I propose a theory that explains how these relationships are formed and discuss the impact they have on musical textures.
3) Regulation as an art form - This phenomenon relates to a sense of 'sameness' perceived in continuous musical structure. The sense of 'sameness' is a direct result of constant organization laws that do not change over time. 'Minimal music' and some music of far-east traditions are ideal examples for this phenomenon. 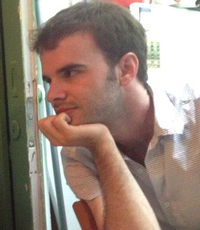