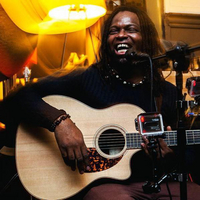 The music of Stanley Clementina (1974), stage name Pure The Artist, ranges from R&B to soul and funk. He was born on Curaçao, where he began to sing and play the guitar and drums at a very early age. At the age of ten he recorded his first original composition, the gospel song Dia Kristu Bini.

In the Netherlands, he played in various pop, soul and rock bands, and was a member of one of the first Dutch R&B acts, Black Flava. In the meantime he graduated from the Rotterdam Conservatory, where he studied voice and bass guitar. In 2010 he was awarded the ‘Grote Prijs van Zuid-Holland’, a prize for talented bands.  Currently he performs solo and with acts including Jandino Asporaat, Nelson Freitas, Total Praise Gospel Choir, close harmony group ForTune.

Stanley has been a teacher at the Conservatorium van Amsterdam since 2012.