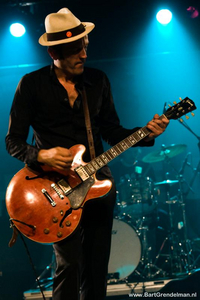 Guitarist Martijn van Agt is among the top of the Dutch music scene. He is a much sought-after session musician, but he also played live with many artists, including Ilse DeLange, Anouk, Ricky Koole and Sarah Bettens. Currently he plays with acts such as The Common Linnets and Charlie Dee. He also performs and records his own music.