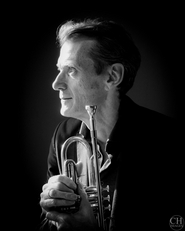 Ruud Breuls graduated from the Hilversum Conservatory in 1988. In the same year he won the Wessel Ilckenprijs, an award for young talented musicians.

As a soloist he played with the Metropole Orchestra (1996-2014) and the Dutch Jazz Orchestra conducted by Jerry van Rooijen. Since its formation in 1996 he has played with the Jazz Orchestra of the Concertgebouw and since 2014 Breuls plays with the WDR Big Band in Cologne, conducted by Bob Mintzer and Vince Mendoza. With these orchestras he has given many concerts and toured extensively. As a soloist he is featured on albums by many well-known artists including Jimmy Heath, Fred Hersh, Ron Carter, Vince Mendoza, Ivan Lins, Al Jarreau, Bob Brookmeyer, Al Foster, the Yellow Jackets, Steps Ahead, Bill Laurence and John Scofield. Breuls also recorded two albums under his own name with the Metropole Orchestra conducted by Vince Mendoza.

For several years he also played as a soloist with the international big band The New Art Orchestra, conducted by Bob Brookmeyer. With this band he recorded two albums, and toured through Europe and the United States. As one of the Netherlands' most sought-after session musicians Breuls is featured on more than 300 albums by different artists and he also worked on many commercials, film scores and tv-tunes. Together with Simon Rigter he founded the Ruud Breuls/Simon Rigter Quintet, with which he recorded an album in 2019.

Ruud has been teaching at the Conservatorium van Amsterdam (previously Hilversums Conservatorium) since 1989, and has trained many successful trumpeters.