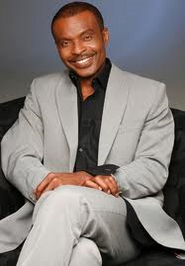 Vocalist, producer, composer and arranger Humphrey Campbell (Moengo, Surinam, 1958) began his musical career when he won the NAKS School Song Festival in 1973. It brought him a record deal and a tour throughout Europe and South America as singer with Oscar Harris & the Twinkle Stars. From 1975-1978 he releases several singles.

From 1982-1987 he studies at the Hilversum Conservatory and graduates with distinction. He joins the Dutch Jazz Orchestra and appears as guest vocalist with orchestras such as The Sky Masters, the Metropole Orchestra, the BRT Orchestra, WDR Big Band and Köln Big Band. In 1985 he participates in the Knokke Festival, together with Karin Bloemen and Astrid März.

From 1984-1995 he is teacher of voice at the Hilversum Conservatory. During these years he records with artists such as Jerry van Rooyen, Rob de Nijs, Paul de Leeuw, Greetje Kauffeld, Rocq-e Harrell, Peter Koelewijn, Anita Meijer, Helmut Lotti, Ruth Jacott and Henk Westbroek. He also has one of the leading roles in the musical A Night At The Cotton Club and releases his album NO Questions, for which he writes most of the material. In 1992, with his brothers Ben and Carlo, he reaches the ninth place in the Eurovision Song Contest, with the song Wijs Me De Weg.

After 1994 he becomes more and more involved in producing, arranging and composing for artists such as Ruth Jacott, Paul de Leeuw, Henk Westbroek, Rob de Nijs, Judith, and for his own band, CC Campbell, featuring his brothers Carlo and Charles. In 2010 he tours the Dutch venues with jazz musicians Toon Roos, Karel Boehlee, Hein van de Geyn and Joost van Schaik.