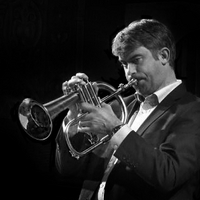 Erik Veldkamp studied jazz and lead trumpet and arranging at the Conservatorium van Amsterdam. During his studies he already performed with the Metropole Orchestra, the Skymasters, the Dutch Jazz Orchestra, the Glenn Miller Orchestra and various pop bands.

Erik has written various compositions and arrangements for different orchestras and over two hundred books for trumpet, trombone, horn and tuba. He has been a teacher of trumpet technique at the Conservatorium van Amsterdam since 2019.