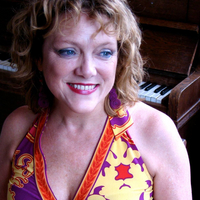 Growing up in Indonesia with a Czech father and a Dutch mother, Bodhi Sykora came into contact with music from many cultures from an early age. She studied jazz at the Hilversum Conservatory, where she discovered Brazilian music. She also obtained a degree in Pedagogics at Utrecht University.

Bodhi has been a teacher at the Conservatorium van Amsterdam Jazz and Pop Department since 1991. She has a broad range of teaching skills in various musical styles. She is a certified master teacher in EVTS (Estill Voice Training System) and is up to date in the latest singing techniques.

At the Conservatorium van Amsterdam she teaches, amongst other subjects, vocal methodology, educational subjects, music management, and she is a vocal coach at the Pop Department. Additionally, she is a supervisor of internships and master research.

Bodhi has performed with many musicians and bands: saxophonist Gijs Hendriks, the rock ’n roll band Pink Pettycoat, her own jazz quintet and the Brazilian band Brazilian Love Affair, the Dutch Palladium Orchestra and the vocal Group Shooting Star. She also toured Europe with the American jazz and blues band The Lost and Wandering Jazz and Blues Band from New York City and with the Glenn Miller Orchestra. Additionally, she sang as a backing vocalist with the Metropole Orchestra in Jasperina de Jong’s solo programme and in the Eurovision broadcast with Toots Thielemans, Georgie Fame, Greetje Kauffeld and others in Strasbourg.

Her current musical project is her latin jazz group Carinhoso.