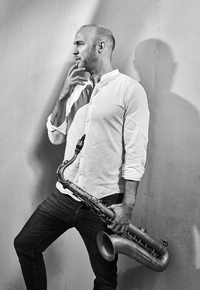 Bernard van Rossum is an Amsterdam-based saxophonist, composer and arranger. As well as playing his original music and touring regularly with the Bernard van Rossum Quartet, he is the leader of The BvR Flamenco Big Band. This exciting orchestral flamenco-jazz ensemble won the Meerjazz International Big Band Competition in 2014 and the Keep an Eye on Jazz Records competition in 2015. Their critically acclaimed debut album Jaleo Holandés was released in the 2015 Flamenco Biennale.
In addition to touring abroad, they have played at Rotterdam International Jazz Festival, Amsterdam Bimhuis and the legendary North Sea Jazz Festival.