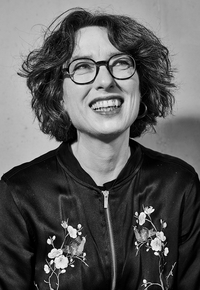 Barbara Bleij (1965) is a pianist and theorist. She studied at the Conservatorium van Amsterdam (formerly Hilversum Conservatory) and holds degrees in Jazz Piano (studies with Jan Huydts and Rob Madna), Classical Music Theory (with Paul Scheepers a.o.) and Jazz Theory (with Boudewijn Leeuwenberg and Frans Elsen). She is co-founder of the Dutch Journal of Music Theory (currently Music Theory and Analysis) of which she was Editor from 1996 to 2007, and former President of the Dutch-Flemish Society for Music Theory.