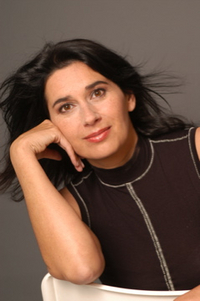 Xenia Meijer graduated 'cum laude' from the Royal Conservatory in The Hague in 1992, and was awarded with the Nicolai-Prize 1992 for her interpretation of works by Rossini. In 1996 Xenia Meijer was awarded with the prestigious Philip Morris Finest Selection 1996 Classical Music as the first, and so far only vocalist.
She is a regular member of Al Ayre Español and La Sfera Armoniosa, with whom she recorded numerous prizewinning CDs. In the opera world Xenia Meijer is also very successful; in the past years she sang important roles with Opera Factory, The Nationale Reisopera, Opera aan het Spui, Opera Zuid, the Grand Theatre de Genève, Teatro de Palma de Mallorca and the Komische Oper Berlin.For many years she sang the parts of Despina in Mozart’s Così fan tutte as well as Zerlina in Don Giovanni at the Komische Oper Berlin in the famous stagings of Harry Kupfer, conducted by Yakov Kreizberg. Xenia Meijer also made a remarkable impression in a staged recital production called De Kus (The Kiss) in which she showed not only her classical vocal abilities, but also sang pop- and fadosongs.
Being a specialist in the field of early Spanish and Latin American music she sang at the Chiquitos Festival 2004 and 2006 in Bolivia together with Musica Temprana, one of the most remarkable ensembles to interpret unedited Latin American music.