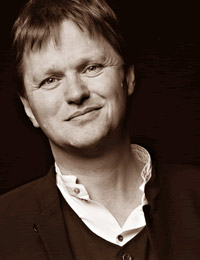 Marten Root is an internationally renowned specialist in the field of eighteenth and nineteenth century flutes. He is principal flute with the Netherlands Bach Society and the Orchestre Révolutionnaire et Romantique conducted by John Eliot Gardiner. On the numerous CDs he has made with these orchestras he plays a repertoire which ranges from Bach to Debussy.

His Ensemble Schönbrunn is famous for performing and recording the long forgotten repertoire that Marten Root has rediscovered, Mozart’s flute concertos and all important chamber music works for traverso by J.S. Bach.

Marten Root teaches the Baroque flute at the Conservatorium van Amsterdam and the Hochschule für Künste in Bremen.