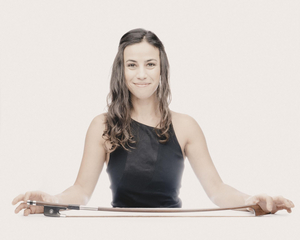 Born in Cambridge (UK), Ying Lai studied double bass at Chetham’s School of Music in Manchester and at the Royal Academy of Music in London where she won multiple prizes and graduated with the highest honours. Funded by a scholarship from the Countess of Munster Musical Trust, Ying Lai furthered her studies in Germany before being appointed to her first orchestral position with the Netherlands Philharmonic Orchestra.

She has since worked with a variety of great symphonic and chamber orchestras around the world. Besides her intense orchestral activity, Ying Lai has given recitals throughout Europe and is in much demand as a chamber musician. In 2009 Ying Lai was honoured with an Associateship from the Royal Academy of Music.

She currently holds the positions of Principal Double Bass of the Rotterdam Philharmonic Orchestra and Solo Bass of Amsterdam Sinfonietta.