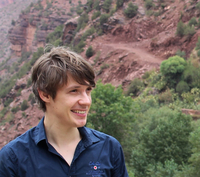 Ward Spanjers (Utrecht 1988) studied Theory of Music at the Conservatorium van Amsterdam, obtaining his bachelor’s diploma in 2014 and his master’s diploma in 2016. Previously, in 2011 he graduated from the bachelor’s degree programme in classical guitar at the Conservatorium van Amsterdam. He has taught music theoretical subjects and chamber music at the Royal Conservatoire of The Hague since 2016, and 'Musicianship' at the Sweelinck Academy, the CvA's Young Talents Department since 2019. As of September 2020 he is a teacher of theoretical subjects at the CvA. In addition to his activities as a teacher, Ward is active as composer and arranger. His interest is mainly focused on possible relationships between historical composition (techniques and aesthetics) and creation of new art.