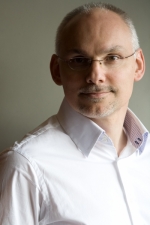 In addition to being CEO and Artistic Director of the Residentie Orkest The Hague, Sven holds a professorship for viola and chamber music at the Conservatorium van Amsterdam. He is a highly sought-after musician, his chamber music partners have included Arno Bornkamp, Ivo Janssen, Paolo Giacometti, Dmitri Ferschtmann, Nobuko Imai, Christoph Poppen, Alexander Baillie, Pauline Oostenrijk, Frans van Ruth, Christianne Stotijn, Vladimir Mendelssohn, Christoph Richter, Antje Weithaas, and the Brodsky, Auryn, and Emerson Quartets. Sven has performed at major venues and festivals throughout the world, such as the Wigmore Hall in London, the Amsterdam Concertgebouw, the Vienna Musikverein,Tivoli in Copenhagen, the Berlin Philharmonic, Sydney Town Hall, the Potsdam Musikfestspiele, the Lincoln Centre in New York, the Yellow Barn Music Festival, and Kuhmo Chamber Music Festival, as well as Stamford International Music Festival and the Orlando Festival.

Sven Arne Tepl has served on the faculties of the Folkwang Hochschule in Essen, Germany, and the Guildhall School of Music & Drama in London, where he has also worked as a conductor. Internationally in demand as a coach and mentor, Sven has given masterclasses throughout Europe, Asia, and the Americas in recent years Berlin, Sao Paolo, Beijing, Zagreb, Porto and Aldeburgh. He toured and recorded extensively as the solo violist of the Deutsche Kammerakademie between 1994 and 2000 and has worked as guest principal with the Schönberg Ensemble in Amsterdam, and several American, Dutch, and German orchestras. He was a member of the Utrecht String Quartet for nine years and the solo viola of Amsterdam Sinfonietta for seven years. He has recorded numerous award-winning CDs with both ensembles.

Sven has studied with Nobuko Imai and Christoph Poppen in Detmold, with the Amadeus Quartet in Cologne, and with Lawrence Dutton and the Emerson String Quartet in Hartford and New York. He has also acted as an external consultant of the Britten-Pears Programme in Aldeburgh, UK. He has been artistic manager and member of the board of the Netherlands Philharmonic Orchestra/Netherlands Chamber Orchestra, vice-principal of the Conservatorium van Ansterdam, member of the advisory board of several cultural institutions as well as a regular jury member of national and international competitions.

It is possible to take online private lessons or an online masterclass with Sven Arne Tepl.