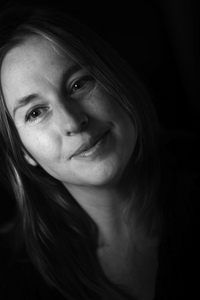 Saskia Törnqvist is a musicologist, teacher and journalist. She has taught music history at the Conservatorium van Amsterdam since 2015. Additionally she is a coordinator in the master research programme.
After graduating in recorder from the conservatory, she studied musicology at the University of Amsterdam, obtaining her degree in 1995. From 1995 to 2016 she wrote reviews and articles for the newspaper Het Parool, made radio reports, gave music appreciation courses at the Concertgebouw and the Tropentheater in Amsterdam and was editor-in-chief at various festivals, including the Cello Biennale Amsterdam and the International Choral Biennale in Haarlem.
From 2009 to 2019 she gave concert introductions for the Netherlands Wind Ensemble, for which she also wrote the book Luchtfietsers en Wegbereiders in 2011. Together with historian and author Luc Panhuysen she currently works on a book on music and nationalism in the 19th century, to be published by publishing house Atlas Contact. They regularly report on their work in the radio programme Diskotabel.