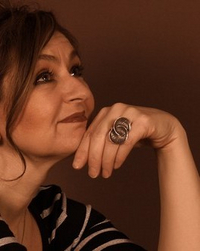 During her studies she started to perform with orchestras. She worked with conductors such as Reinbert de Leeuw, Kenneth Montgomery, Jacques van Steen, Kurt Equiluz, Ed Spanjaard, Lawrence Renes, Alexander Lascai, Jos van Veldhoven and Frans Brüggen. Her repertoire ranges from oratorios by Bach, Handel and Vivaldi to orchestral songs by Mahler, De Falla, Brahms and Prokofiev and contemporary music by Andriessen, Van Oosten and Badings. She also has a strong affinitiy with the French repertoire.

Over the past years she has devoted herself entirely to teaching, establishing a reputation as one of the foremost voice teachers in the Netherlands. She gave masterclasses in Norway, Belgium and the Czech Republic.