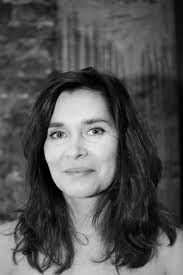 Roswitha Bergmann (Heerlen, 1967) studied drama at the Maastricht Academy of Dramatic Arts and voice at the Royal Conservatory of The Hague. Before she applied herself to directing and creating theater, she sang in various operas, music theater productions, and recitals that were performed at festivals such as Noorderzon and Operadagen Rotterdam.

She has collaborated with ensembles including the Mondriaan Quartet, Asko|Schönberg, and members of the Royal Concertgebouw Orchestra. Furthermore, she is the founder and artistic leader of Stichting WOLF, which created a production in collaboration with the Grand Theatre in 2012, directed by Pierre Audi. Until May 2016 she was an advisor of music theater, music, festivals, and internationalisation for the Fonds Podiumkunsten foundation. In addition to her teaching at the Conservatorium van Amsterdam she frequently gives guest lectures and masterclasses in subjects such as interdisciplinarity at various universities for the arts.