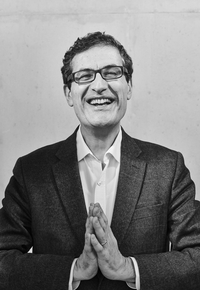 Michel Khalifa (Paris, 1965) studied musicology at Utrecht University. He contributed music reviews to the daily newspaper Het Parool and still writes for the magazines Preludium and Odeon. He is a tour leader for music travels and has given pre-concert talks and music appreciation courses for many orchestras, festivals and concert halls in the Netherlands. From 2010 to 2012, he was editor-in-chief of Bravo!, the anniversary book of the Concertgebouw and the Royal Concertgebouw Orchestra.

At the Conservatorium van Amsterdam, Michel Khalifa lectures about music history, music aesthetics and the notation of twentieth-century music. From 2012 to 2017, he coordinated the history department and was co-chair of the theory and history faculty.