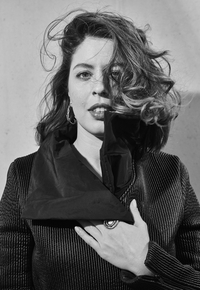 Meriç Artaç (Istanbul 1990) studied composition with Peter-Jan Wagemans en René Uijlenhoet at Codarts, Rotterdam. Since 2016, she has been artistic leader of AKOM Ensemble in Rotterdam, which focuses on the performance of works by young composers and at the same time endeavours to create a new audience for contemporary music. In addition to the AKOM Ensemble, Meriç also collaborated with the Asko|Schoenberg Ensemble and the Doelen Ensemble. This ensemble awarded her the Rotterdam School Composition Prize in 2017. Her work has also been performed during the Muziektheaterdagen Amsterdam, the Gaudeamus Muziekweek and the International Bodrum Music Festival.

Meriç is a cultural entrepreneur in the broadest sense of the word. Her interest in multidisciplinary pieces has resulted in collaborations with dance, theatre and film. She is also known for her social commitment. Additionally, she gives piano lessons, conducts choirs and leads music workshops.