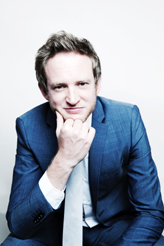 Matthias was awarded several prizes at international organ competitions. He enjoys an international concert career, performing solo recitals at prestigious venues across Europe, Russia, the USA, and South America. He worked with renowned choirs and orchestras, such as the Nederlands Kamerkoor and the Rotterdams Philharmonisch Orkest. His CDs, J.S.Bach – Italian Concertos, Passacaglia and Dutch Delight, released on the Brilliant Classics label, have been received with widespread acclaim.

With recorder player Hester Groenleer he formed a duo which aims to perform challenging programmes for this combination of instruments.

Matthias is organist titulaire of the 1830 Bätz-organ at the Koepelkerk in Amsterdam, and organist of the Oude Kerk congregation in Amsterdam, playing the Vater/Müller-organ (1726/1738) and Ahrend-organ (1965). He is teacher of organ as a principal subject at the Conservatorium van Amsterdam.