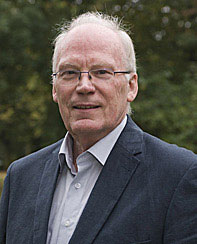 After his studies at the Hochschule Mannheim Jürgen Kussmaul was appointed solo violist in Heidelberg. After that, he was appointed solo violist of the Gürzenich Orchester in Cologne and teacher at the Royal Conservatoire in the Hague, where he came into contact with the Dutch Baroque scene. Since 1970, he has been playing with Vera Beths and Anner Bijlsma in the ensemble L'Archibudelli. This marked the start of a successful career as a soloist and chamber musician. In 1979 he was appointed teacher at the Robert-Schumann-Hochschule and in 1991 he and the Robert Schumann Chamber Orchestra, which he founded, were awarded the Art Prize by the Stadtsparkasse Düsseldorf.

As a guest conductor, Jürgen Kussmaul conducts the Amsterdam Mozart Players. In addition to this, he conducted the Radio Chamber Orchestram the chamber orchestra B-A-C-H from Jekaterinburg, and he performed at numerous festivals throughout Europe. He also conducted the Gustav-Mahler-Akademieorchester and the Tokyo Classical Players during a tour in Japan.

As a chamber musician and soloist he toured the world over and made may CD recodrings. He is artistic leader of the Gustav Mahler Academy in Bozen, founded by Claudio Abbado with the aim to give seventy young musicians the opportunity every year to further develop themselves as soloists, chamber and orchestra musicians.