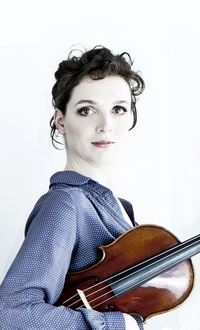 Judith Wijzenbeek studied viola with Marjolein Dispa and Nobuko Imai at the Conservatorium van  Amsterdam and obtained her bachelor’s degree with distinction in 2007. She continued her studies with Tabea Zimmermann at the Hans Eisler Hochscule für Musik in Berlin, and In 2009 she obtained her masters degree at the Conservatorium van Amsterdam. Furthermore, Judith has succesfully completed the Academy of the Royal Concertgebouw Orchestra in 2008-2009.

Judith plays in several chamber music ensembles, such as the Ensemble Galante and the Sequenza String Trio, with which she regularly performs home and abroad. Since 2008 she has been a viola teacher at the Sweelinck Academy of the Conservatorium van Amsterdam.