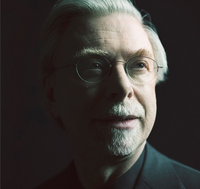 Jos van Veldhoven studied musicology at Utrecht University and choral and orchestral conducting at the Royal Conservatoire in The Hague. As a guest conductor he conducts the Netherlands Chamber Choir, the Groot Omroepkoor, The Flemish Radio Choir, the Beethoven Orchester Bonn, the Robert Schumann Philharmonie, the Essener Philharmoniker and the Brabant Orchestra. He collaborated with director Dietrich Hilsdorf on a cycle of Handel oratorios in the opera houses of Bonn and Essen.

Jos van Veldhoven is known for his performances of ‘new’ early music repertoire. He conducted numerous remarkable performances of oratorios by Telemann and Graun, vespers by Gastoldi, reconstructions of Bach’s Markus Passion and the Köthener Trauer-Music. He also conducts many comtemporary premieres of Baroque operas by composers such as Mattheson, Keiser, Bononcini, Legrenzi, Conti and Scarlatti. He recorded an impressive CD series with the great Bach works and toured Europe, the United States and Japan with the Netherlands Bach Society. In 2007, he received a royal decoration for his work.

Jos van Veldhoven teaches choral conducting as a principal subject at the Conservatorium van Amsterdam and the Royal Conservatoire in The Hague.