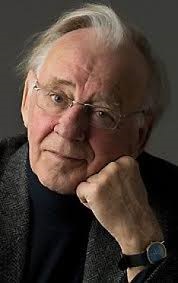 Jan Wijn graduated in 1955 from the Amsterdams Conservatorium, where he studied with Cornelius Berkhout, and continued his studies with Béla Síki and Alicia de Larrocha. In 1960 he won first prize at the Odense piano competition. Since then he has given many recitals and concerts, touring countries including the UK, France, Germany, Brazil, Romania, Spain and Russia, until an injury to his right hand forced him to end his career. After that he specialised in piano works for the left hand.

Jan Wijn has made a name for himself as a piano pedagogue. He has been teaching at the Conservatorium van Amsterdam since 1968 where he has trained many successful and famous pianists. Additionally, he gives masterclasses at home and abroad and he is much in demand as a jury member of piano competitions.

Jan Wijn is an Officer of the Order of Orange-Nassau.