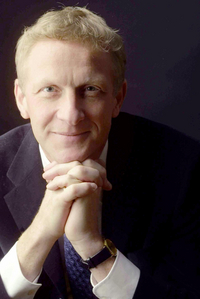 Jaap Kooi studied Econometrics and History at the University of Amsterdam, and subsequently piano at the Royal Conservatory of The Hague with Gérard van Blerk. In 1986, he earned the soloist diploma with honours. He was awarded the Cuypers Prize for his remarkable piano exam and given a scholarship provided by the Dutch government, which allowed him to continue his studies with John Bingham in London. Masterclasses, in which he participated as a soloist and accompanist with many famous musicians being not only pianists, broadened his horizons and enabled him to become a versatile musician.

Jaap Kooi developed a broad repertoire in many musical styles, ranging from Bach to the avant-garde. Since his debut at the Amsterdam Concertgebouw in 1988, he has performed frequently at every influential concert hall in the Netherlands. Many recordings followed for radio, television, and CD. Concerts, festivals, and competitions took him to almost every country in Europe, Moscow, and Japan. He has won important prizes in the Netherlands twice and with various ensembles, which allowed him to perform various chamber music concerts.

In collaboration with clarinettist Céleste Zewald he performed in the Rising Stars series, appearing in such halls as Salzburg Mozarteum, Wigmore Hall in London, Paris (Cité de la Musique), the Musikverein in Vienna and Carnegie Hall in New York.

As a soloist Jaap Kooi appeared with various orchestras in piano concertos by Mozart, Prokofiev, Chopin and Gershwin. Additionally, he is a coaching pianist and head of the Répétiteurs Department at the Conservatorium van Amsterdam. As such, he teaches in the Orchestral Practice courses, which aim at training students to reach peak performance levels under stressful circumstances, for example during auditions or competitions.