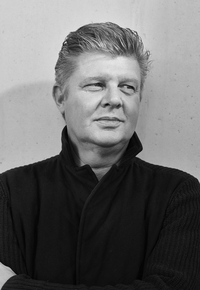 Hans Colbers studied at the conservatories of Maastricht and Amsterdam with, amongst others, Leo van Tol and George Pieterson. In 1990, he graduated with distinction from the Conservatorium van Amsterdam and two years later he obtained a diploma in chamber music with top marks.

As a soloist he has performed at home and abroad with orchestras including the Residentie Orkest, the Metropole Orchestra and the Radio Symphony Orchestra. He worked with conductors such as Christopher Hogwood, Jaap van Zweden, Reinbert de Leeuw and Neëme Järvi. He was one of the soloists in Kopernikus van Claude Vivier, a production by The Netherlands Opera directed by Pierre Audi. he also performed in productions of operas by Theo Loevendie and Igor Stravinsky.

Since 1997 Hans Colbers has been employed as a teacher at the Conservatorium van Amsterdam. Furthermore, he regularly teaches masterclasses at home and abroead.

His activities as a producer of mouthpieces started in 2012 and he has made a lot of innovations regarding mouthpieces for clarinets ever since.