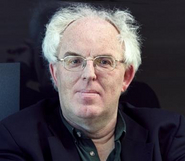 Frans van Ruth started his studies with pianist and composer Hans Osieck. Later, he studied piano and chamber music with Herman Uhlhorn and Eli Goren at the Utrecht Conservatory. Additionally, he studied literature at te universities in Utrecht and Paris. At the Hugo Wolf Wettbewerb 1987 he won a special prize for Lied accompaniment.

In 1995 he co-founded the Leo Smit Foundation and until 2004 he was co-programmer and pianist of the concerts organised by this foundation. His activities in the field of Dutch music led to the foundation in 2007 of the Stichting Cellosonate Nederland, which he initiated together with cellist Doris Hochscheid.  Six widely acclaimed CDs with Dutch cello sonatas from 1900-1950 have been released so far by the Stichting Cellosonate. For the Album project, Frans and Doris invited thirty Dutch composers to write short duo pieces for children and older amateurs.

In 2011 Frans was co-editor of the new critical edition of the Leander Schlegel’s  complete Lied oeuvre.