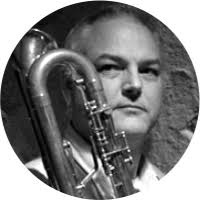 As a freelancer Erik van Deuren plays in almost all Dutch symphony orchestras such as the Residentie Orchestra, and the Rotterdam Philharmonic Orchestra. With the Royal Concertgebouw Orchestra he toured Europe, Canada, the United States and Japan, under the baton of  conductors such as Riccardo Chailly, Esa-Pekka Salonen, Lorin Maazel, Kurt Masur, Michael Tilson Thomas, George Solti, Haitink, Zubin Mehta, Gustavo Dudamel,  and Mariss Jansons.

As a player of chamber music Van Deuren mainly performs music from the 20th and 21st centuries. For this purpose he plays in various specialized ensembles, including the ASKO|Schoenberg Ensemble, the Nieuw Ensemble, and the Ives Ensemble. As a bass clarinetist he is a member of the Ebony Band. He worked with a number of important contemporary composers, including Karlheinz Stockhausen, Steve Reich, Iannis Xenakis, Boulez, John Adams, György Ligiti, Helmut Lachenmann, Wolfgang Rihm, Luciano Francesconi, Ton de Leeuw, Louis Andriessen, Jean-Claude Risset, and Brian Ferneyhough.

As a soloist Van Deuren performed regularly with programmes for bass clarinet in combination with live electronics. He played at various festivals, for instance the Holland Festival, the ISCM Festival, and the Festival d'Electronique Bourge. He worked with Karlheinz Stockhausen on the realization of his Solo für Melody instrument mit Rückkoplung, and a version of Tierkreis. Furthermore, several composers wrote works for him.
Erik van Deuren was a regular member of several groups in the field of improvised music, such as the Maarten Altena Ensemble, and the group Kenvermogen. He played throughout Europe with internationally renowned names in this field such as Butch Morris, Derek Bailley, Wolter Wierbos, John Zorn, and Antony Braxton, and at jazz and improvisation festivals in cities like Madrid, Berlin, Moscow, Zurich, Toulouse, and Florence.

At the Hogeschool voor de Kunsten Utrecht (HKU) he worked on the development of real-time computer technology combined with acoustic instruments (bass clarinet and contrabass clarinet). He is currently developing an electronic bass clarinet.

Erik van Deuren  has been connected to the Conservatorium van Amsterdam as a teacher of bass clarinet and methodology since 2002.