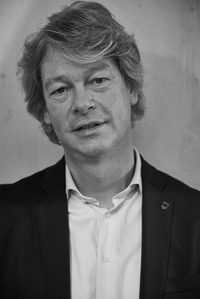 David Kuyken studied with Karel Hilsum, Ton Hartsuiker and with Peter Feuchtwanger in London. He also took masterclasses with Leon Fleisher and György Sebök. During his studies he made his debut in the Grote Zaal of the Concertgebouw in Amsterdam and in the Queen Elizabeth Hall in London. He was prize winner at the Tromp Concours in Eindhoven and in 1990 he took second place at the International Piano competition at Santander in Spain. He also received the prize for best interpretation of contemporary music.

David Kuyken is a multi-faceted pianist. He has played with various orchestras in The Netherlands and abroad, under conductors such as Comissiona, Montgomery, Haenchen, Lazarjev, Ros Marbá, Jóo, Vis, Porcelijn and Spanjaard. In 2001, together with his duo partner Brenno Ambrosini, he made his debut with the Royal Concertgebouw Orchestra conducted by Hans Vonk. His solo debut with this orchestra followed in 2003.

As well as recitals David Kuyken has also given chamber music concerts in various combinations at home and abroad. He has performed regularly with violinists Janine Jansen and Ilya Grubert and with the Prazak and Mandelring String Quartets. He can be heard regularly on Dutch radio.

CDs have been released with the piano concertos by Ton de Leeuw, Kees van Baaren and Jurriaan Andriessen. His solo CDs with Dutch composers and piano sonatas by Schubert have been received with great acclaim in the press.

For more then a decade David Kuyken has programmed his own chamber music series in the Rode Hoed in Amsterdam, also broadcasting on radio. Interesting and extremely creative programming has made this series a great success, and many of these concerts where also presented in other large venues in The Netherlands.

David Kuyken is teacher of piano as a principal subject at the Conservatorium van Amsterdam and the Royal Conservatoire of The Hague. He is in demand as a jury member at competitions, and gives regular masterclasses in the Netherlands and abroad.