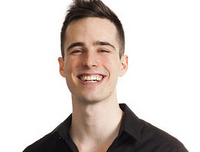 Born in the Hungarian city of Szombathely, Bence Major studied at the music academy of Debrecen, where he won the Artisjus Prize. He continued his studies at the Conservatorium van Amsterdam with Gustavo Gimeno, Peter Prommel, Ramon Lormans, Victor Oskam, Arnold Marinissen, Nick Woud and Mark Braafhart.

He performed with the Netherlands Philharmonic Orchestra and the Budapest Festival Orchestra. While a student, he was a member of such youth orchestras as the Gustav Mahler Youth Orchestra, the European Union Youth Orchestra and the Verbier Festival Orchestra. In the 2013–2014 season, Bence worked as assistant principal percussionist with the Finnish Radio Symphony Orchestra. In August 2014, he was appointed principal percussionist with the Royal Concertgebouw Orchestra, where he frequently performed as a substitute prior to this appointment.