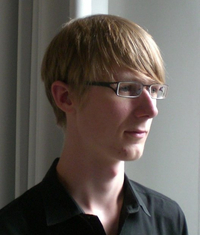 Aljoscha Ristow is a composer and music theorist. He studied composition at the Hochschule für Künste in Bremen and music theory at the Conservatorium van Amsterdam and the Hochschule für Musik und Tanz in Cologne. In 2013, his composition Continuo for piano and cello won the national prize at the Bundeswettbewerb Jugend Komponiert competition. Many of his works have been performed by ensembles of renown, such as the Nomos Quartet, the Junger Kammerchor Köln, or a chamber music ensemble of the Deutsche Kammerphilharmonie Bremen.

As a music theorist, his research includes the concept of enharmonicism, Rameau's tonal system, as well as the conception of form in historical composition treatises. This led, among other things, to a presentation at the annual symposium of the Dutch-Flemish Society for Music Theory in Maastricht.