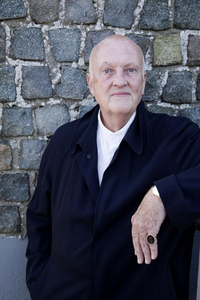 Born and educated in Scotland, Alexander Oliver first studied at the Royal Scottish Academy of Music and Drama in Glasgow and completed his studies at the Wiener Akademie für Musik und Darstellende Kunst.

He then began a long association with the Glyndebourne Festival Opera and sang many roles in the Festival and on tour. He made his international debut in 1971 with De Nederlandse Opera in Amsterdam. Since this time he has sung with most of the major opera companies in Britain and abroad, and has made many CD recordings, videos, and television appearances.  High points in his career: Monteverdi’s L’incoronazione di Poppea under Nikolaus Harnoncourt for the Zürich Opera, Monteverdi’s Il ritorno d’Ulisse in Patria for De Nederlandse Opera in Amsterdam, both productions were recorded and filmed. Alongside his opera career, Alexander Oliver made many concert and recital appearances in Europe and the USA.

From 1999 Alexander Oliver has dedicated the greater part of his time and energy on the education of young singers, and became the artistic director of The Dutch National Opera Academy of The Hague and Amsterdam. For the Dutch National Opera Academy he has directed Albert Herring, Die Zauberflöte, A Midsummer Night’s Dream, Dialogues des Carmélites, L’elisir d’amore and Le nozze di Figaro. For the Dartington International Summer School he directed Die Zauberflöte, The Rake’s Progress, Il barbiere di Siviglia, Eugen Onegin, Madama Butterfly and Le nozze di Figaro.

Alexander Oliver is regularly invited as a jury member for competitions such as the IVC ’s-Hertogenbosch, Wigmore Hall Young Song Makers and the Kathleen Ferrier Competition. He regularly gives masterclasses and workshops at home and abroad.