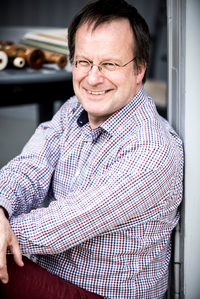 A distinguished soloist and chamber musician, playing both 'early' and contemporary music, he shared the concert platform with musicians such as Gustav Leonhardt, William Christie, Roy Goodman and ensembles such as The English Concert, The Orchestra of the 18th Century, Akademie für Alte Musik Berlin, La Fontegara Amsterdam and Trio Noname.

From 1984 to 1988 Peter taught at the Guildhall School of Music in London and in 1988 he was appointed teacher to both the Royal Academy of Music, London and the Hochschule für Musik und Theater Hamburg. He teaches at international early music summer courses and is one of the founding members of the Academia de Musica Antiga de Lisboa - an institution holding international early music courses in Portugal. After 25 years of teaching at the Academy in London, he resigned there in 2013, to return regularly as a guest teacher.